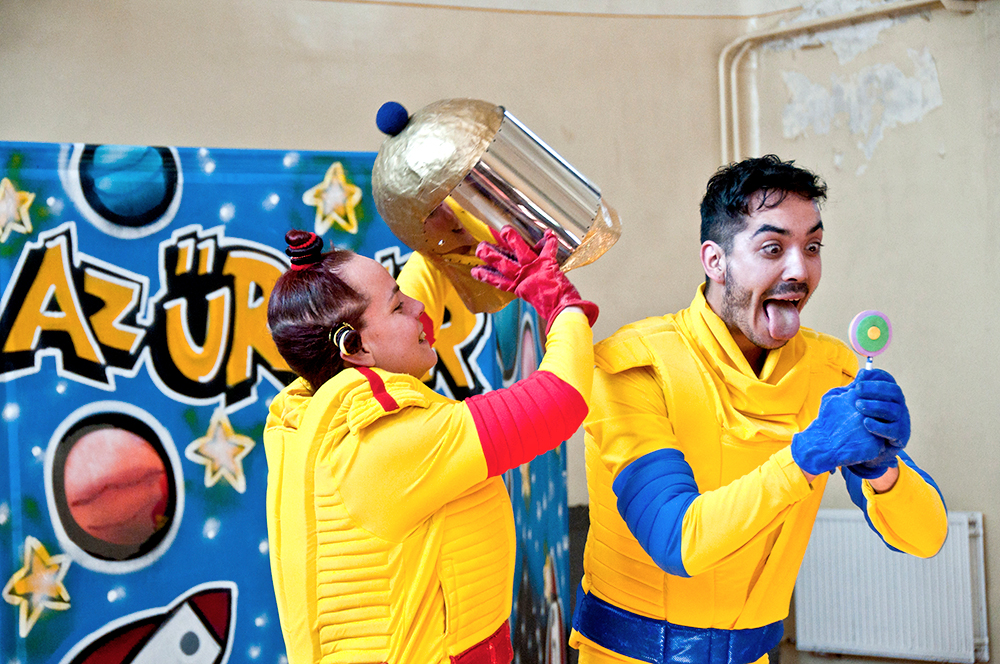 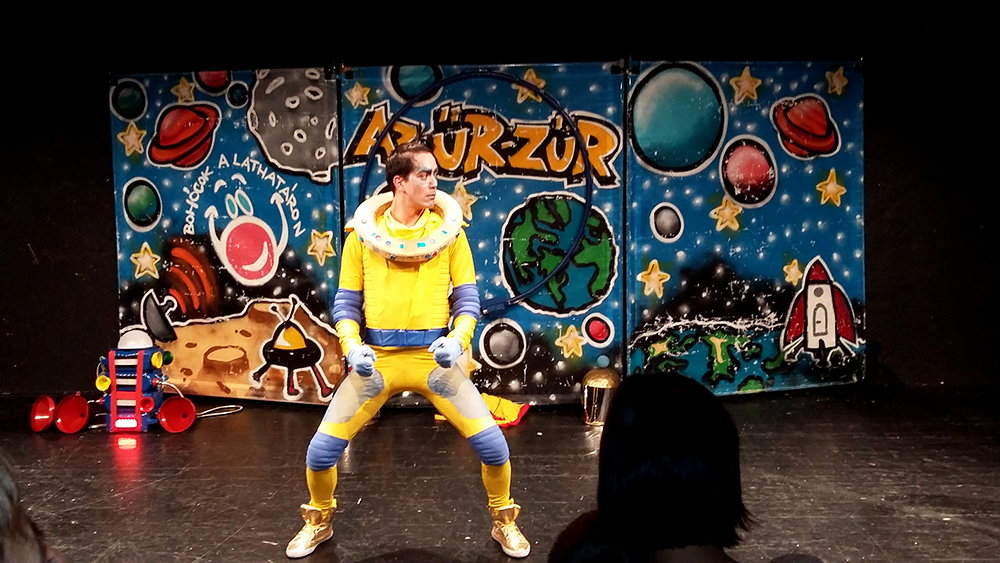 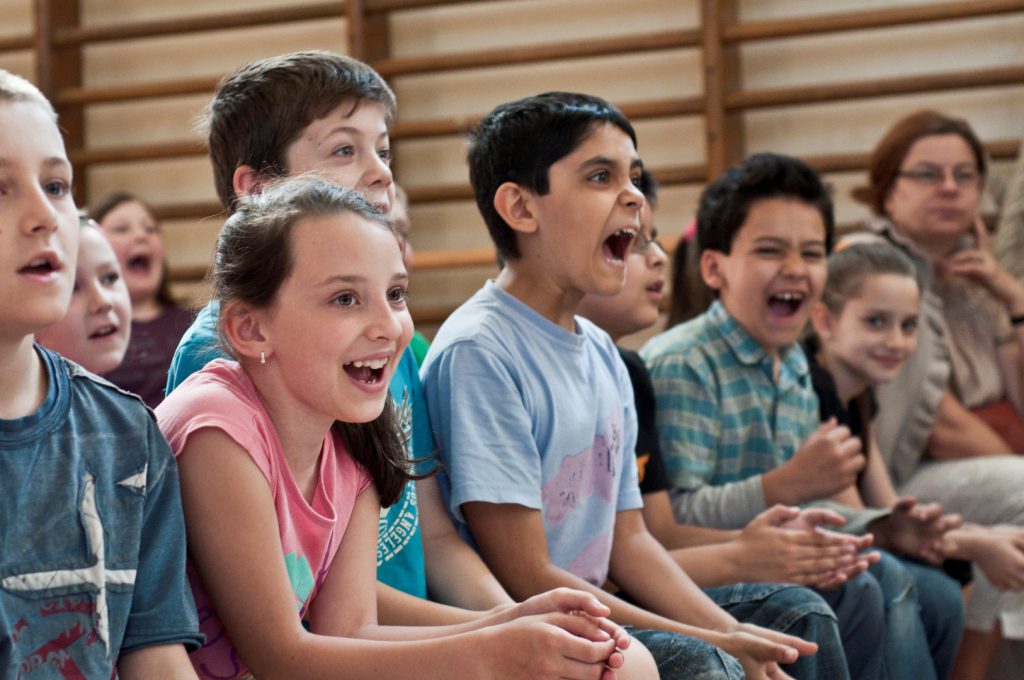 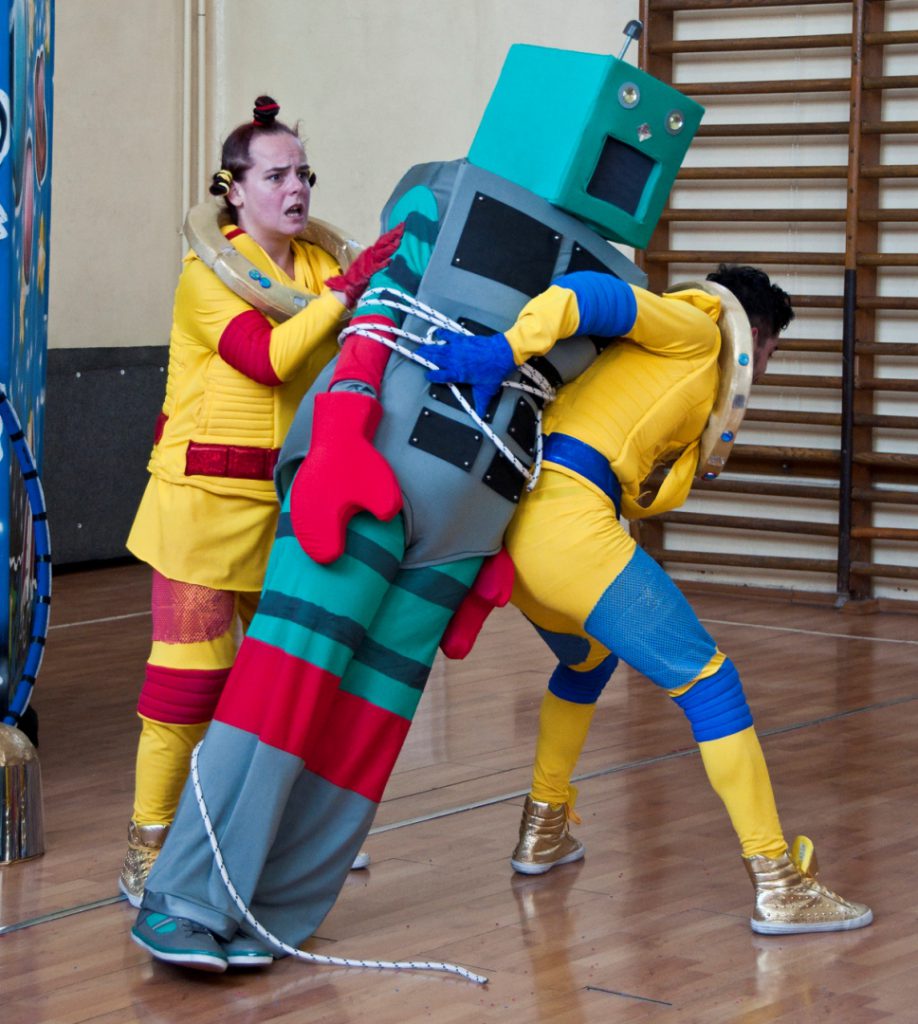 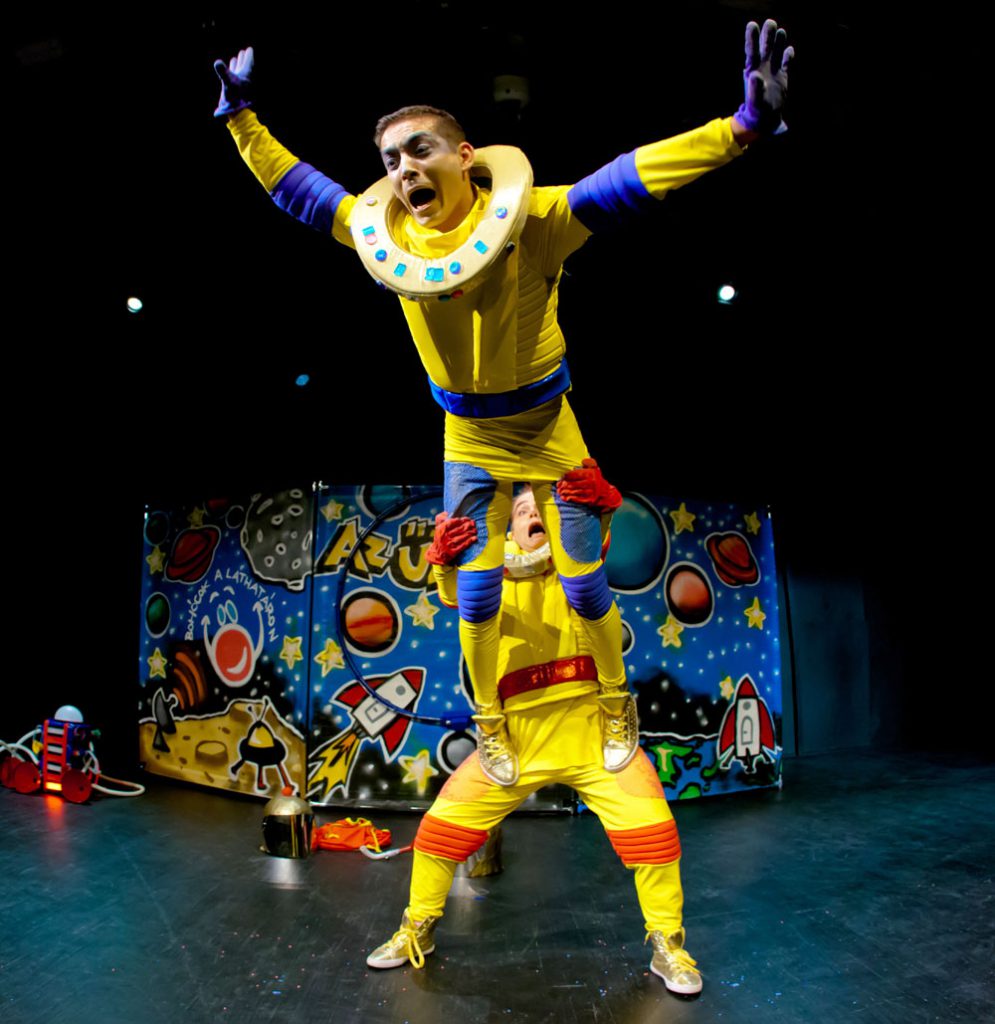 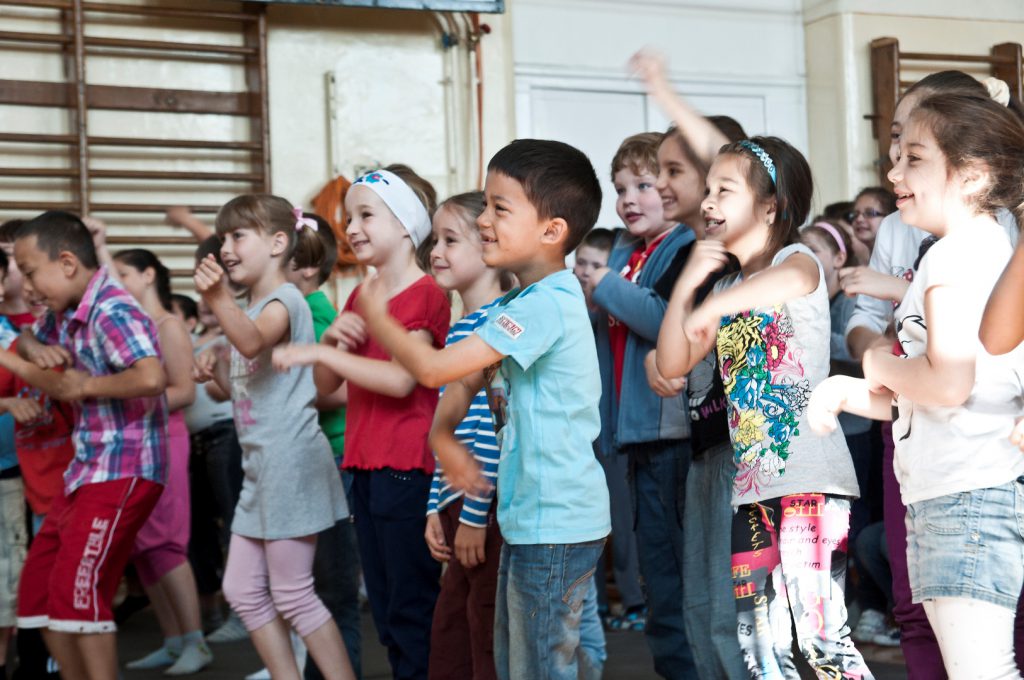 Two alien beings land on Earth. The space-beings have arrived from the planet Hee-Hee-ranus, where their energy supply is running out. The Great Hee-Hee Rex, the ruler of Hee-Hee-ranus sent them to fill up the hee-hee-meter, which serves as Hee-Hee-ranus’s energy container. If necessary, they will travel the entire galaxy; only their spaceship breaks down, and they happen to land on Earth, right in the middle of the audience. How will they make the children understand them? After all, they do not speak any earthly language, and it seems that the earthlings do not understand Hee-Hee-ranese. Another difficult is that the aliens, Jampó and Pojka, do not know what fills the hee-hee-meter. Sill, they do not despair. With the active help of the children, they persistently try everything. Meanwhile, they get to know the children better. The hee-hee-meter is filling up, but still nobody knows what is filling it. When Jampó and Pojka run out of ideas, they bring in Hee-Hee-Robby, the funniest being from Hee-Hee-ranus, a dancing robot with a beat-box mouth. After plenty of clashes and chaos in the course of operating the robot, Hee-Hee-Robby and the children realize that the hee-hee-meter is filling with the children’s laughter. By that time, it is already full. Hee-Hee-Robby, Jampó, and Pojka bid farewell to the children with a Hee-Hee-ranese parting song (which the children also learn) before they happily leave for home.

The play is 55 minutes in length, primarily for the 4-10 age group. Its basic tools are movement accompanied by sound effects, singing, dance, and humor above all. It relies a great deal on playing together and cooperating with the children.

We performed this show at Budapest’s Thália Theater altogether 55 times times between 2013-2016 for 2917 viewers.