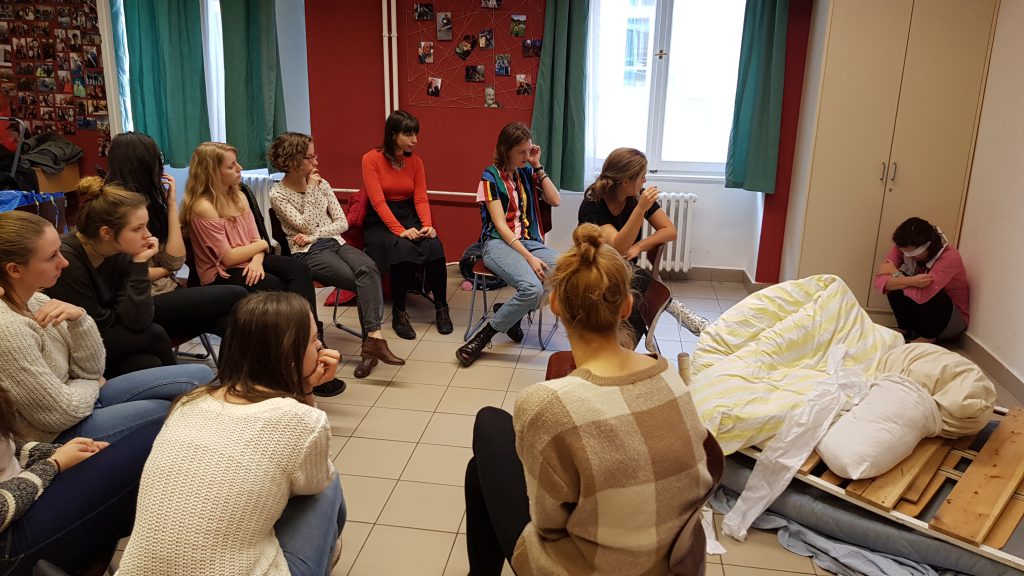 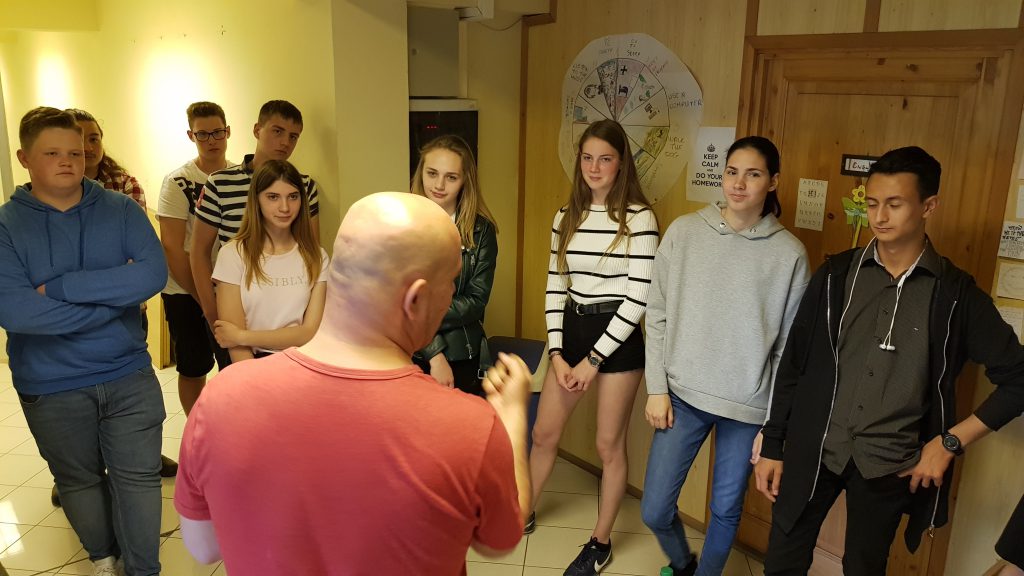 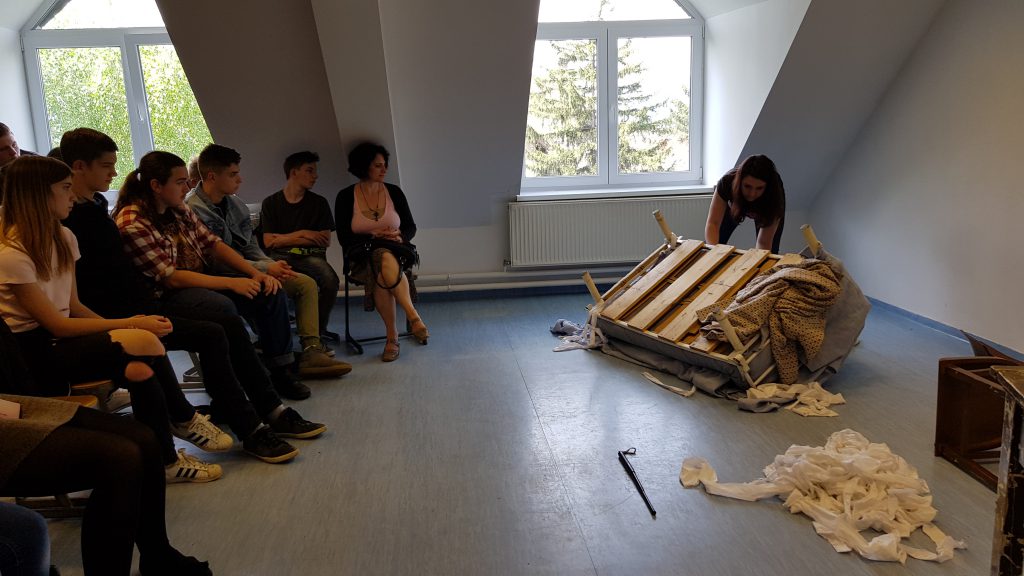 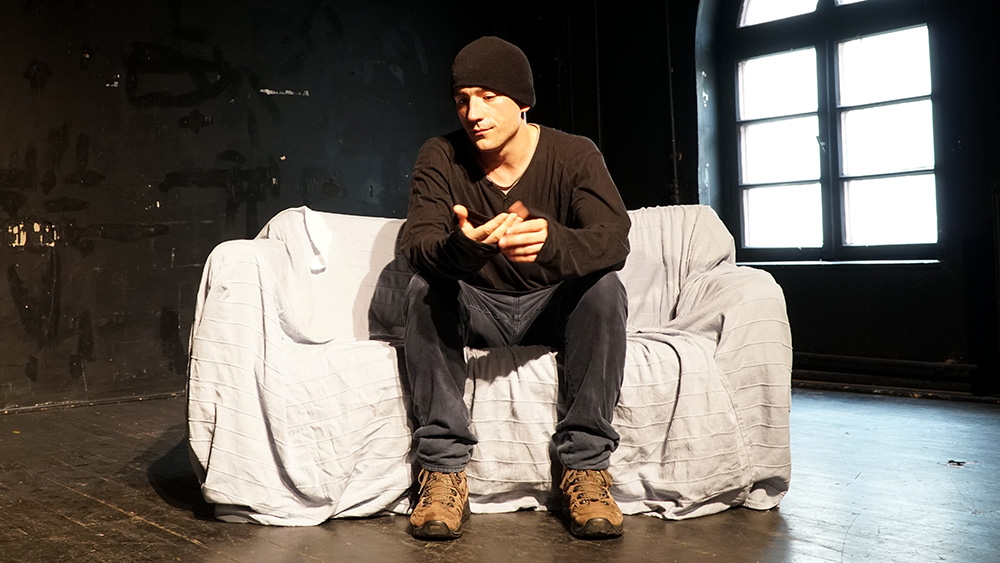 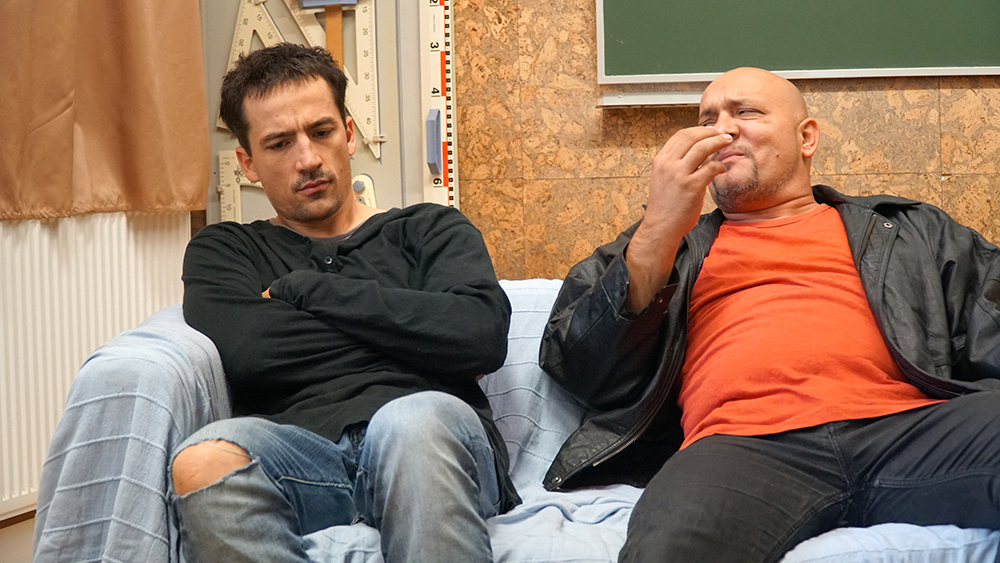 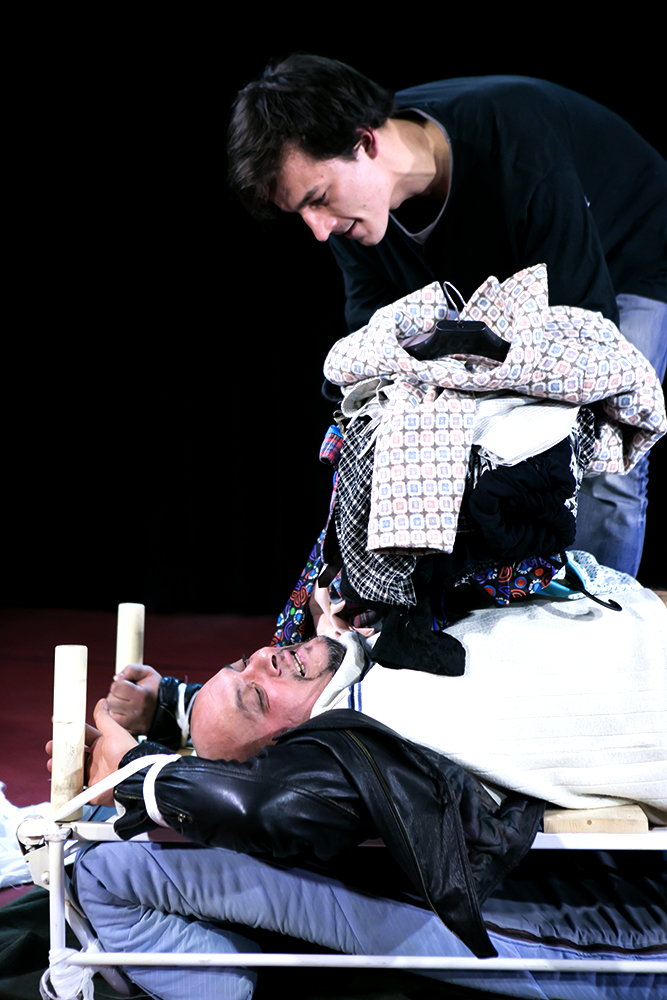 theatre production for teenagers and adults with post-performance workshop

With this play written expressly for young audiences, Edward Bond, a legendary figure of contemporary British drama, presents viewers with sharp situations and pointed questions. On a high floor in a council estate, a 16-year-old attempts to start an independent life, to escape home and be free of his mother’s burdens.  But independence has its price. The mother just wants a little peace and quiet, but she cannot shut out the events and noise on the streets. Nor can she forget what she read earlier in the paper. The father does not want to be a father. He would rather try his luck. He feels he deserves a better lot in life. We follow a young man’s journey from the time before his birth until a fateful, decisive moment of his life. Does a 16-year-old boy have a chance of seeing things clearly in the chaos, both inside and out? The performance exposes the life of a broken family. Among its themes are drug use, becoming a parent, the position of a single mother, and an adolescent boy’s relationship to his parents.

The production consists of three scenes with intervals of time between them. Bond’s style manoeuvers between realism and stylization. Our performance lasts one hour, followed by a 45-minute post-performance workshop designed to help young viewers understand more deeply the life situations and questions raised in the play. They, too, can express their thoughts and feelings about what they have seen.

In addition to venues abroad and in the countryside, we have performed for adults and young viewers in the Jurányi House and Gólem Theater spaces, including a post-performance workshop upon request. Primarily, though, we have performed this show in high schools as a classroom production for groups of 30-35 students, always with the accompanying post-performance workshop. Our production can be invited to any high school. In other venues, we can perform for a maximum of 60 young people or an unlimited number of adult audience members.