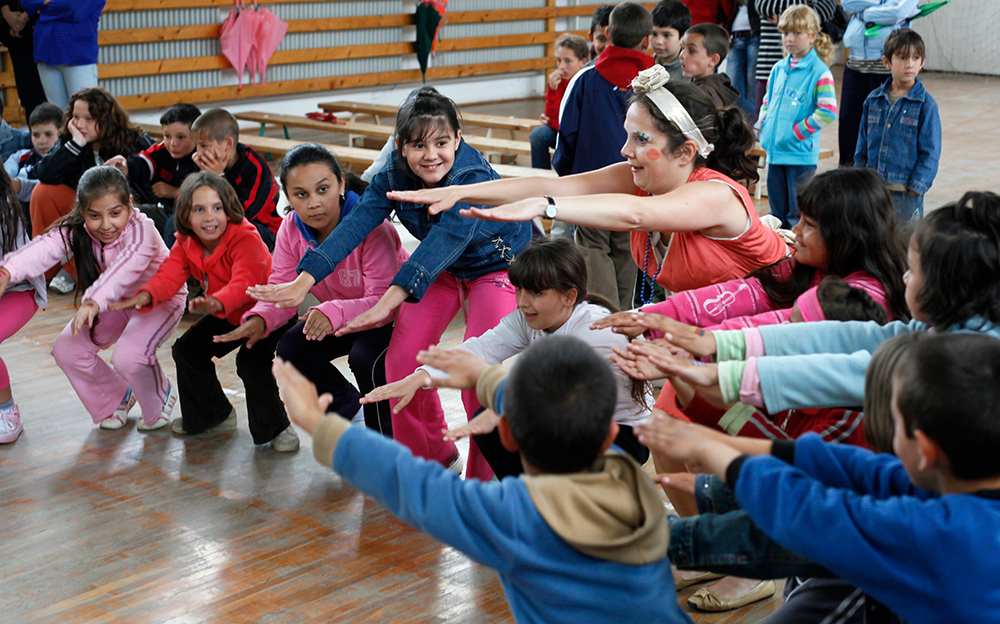 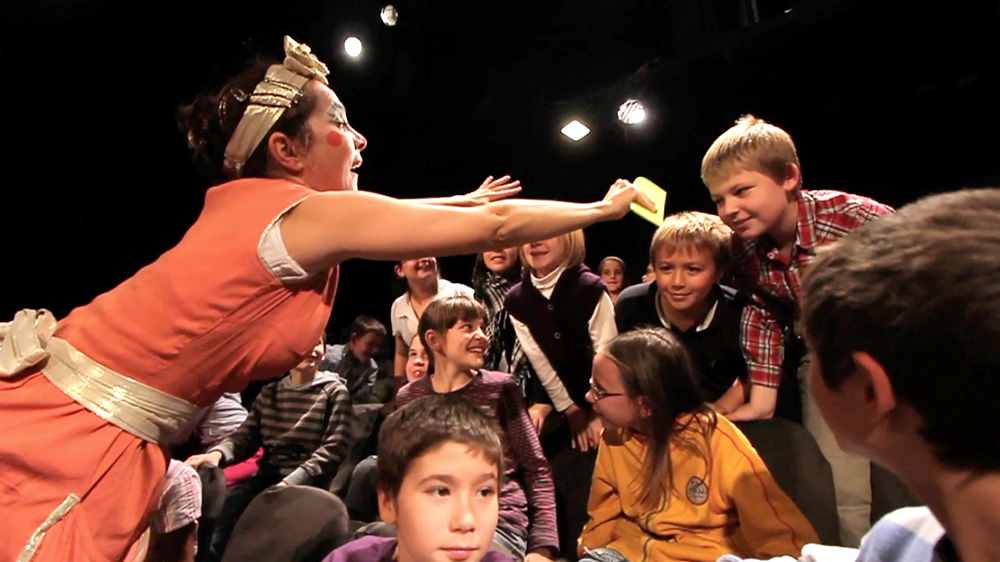 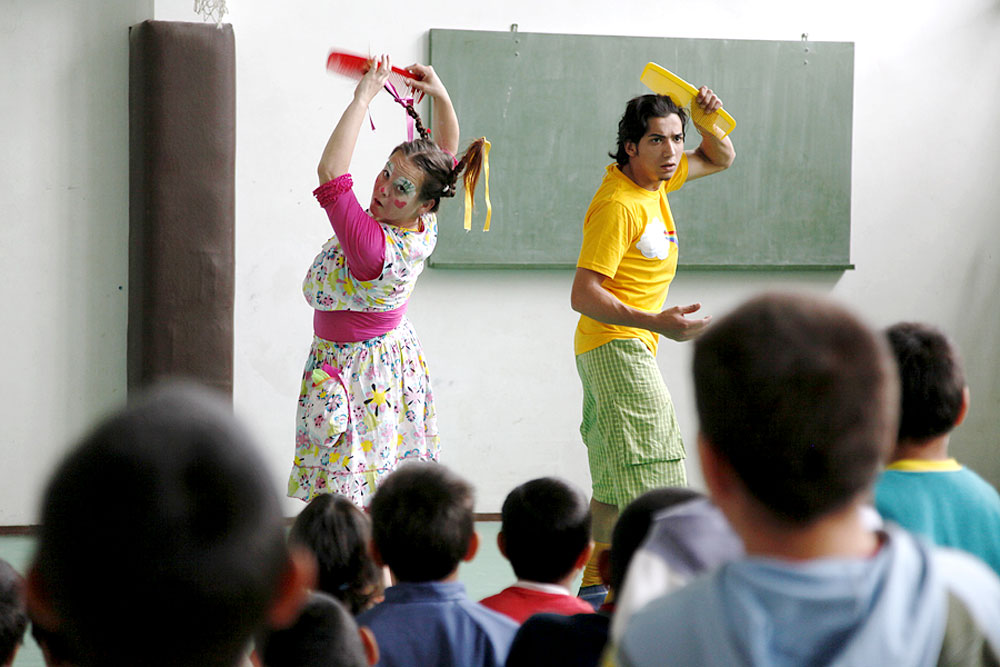 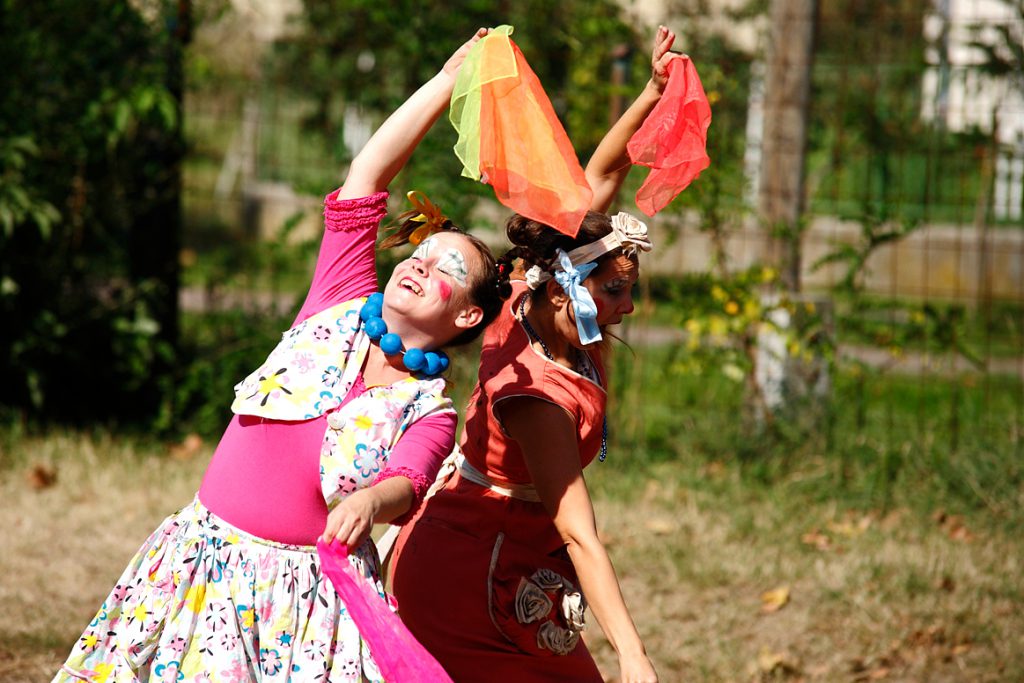 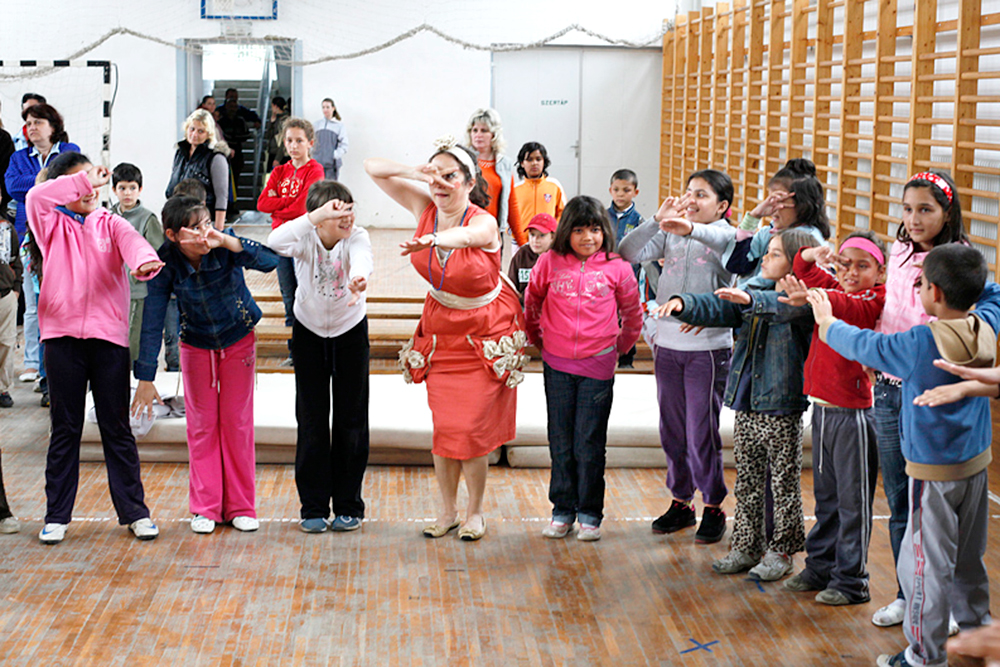 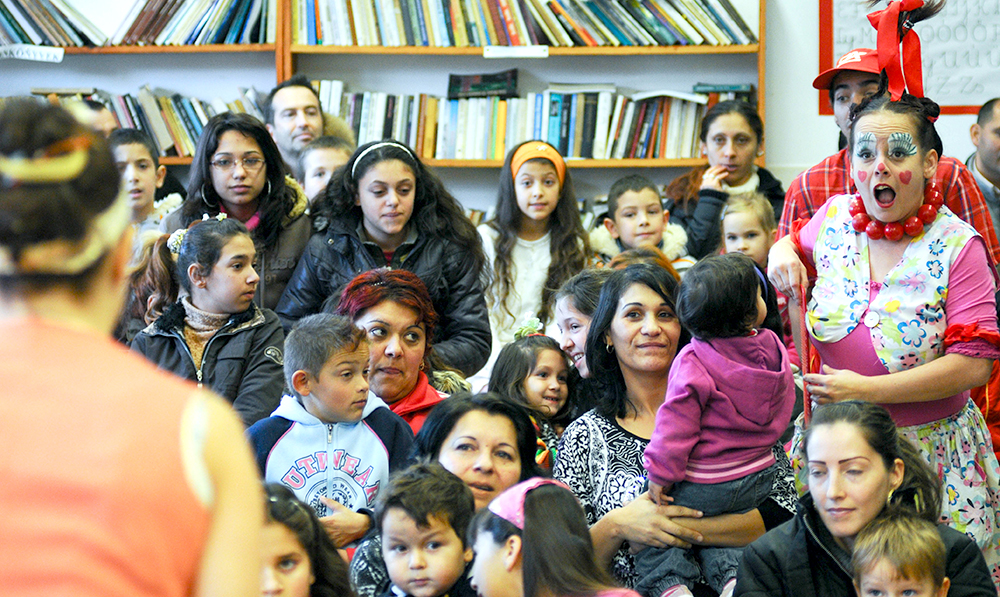 Circus Edmund’s Parcel is a clown show with three performers. We use music, acrobatics, and circus elements to tell the story. It features a wandering circus troupe of mother and daughter who go from village to village, traveling the country and presenting their spectacular tricks. Yet, one fine day things go differently. A young man just passing through casts his eyes on Pippy. Edmund, the naive and enthusiastic young man, gradually finds a place in Mama and Pippy’s act. At the end, the three of them depart together, heading for the next village.

The production lasts 40 minutes and is primarily for children ages 5-12. It is interactive. At one point, viewers can step onstage, and they become the play’s main characters. For the most part, we performed this show at schools and community centers in the countryside.

We performed this show at educational institutions and community centers altogether 101 times between 2010 and 2013 for 11,558 viewers.